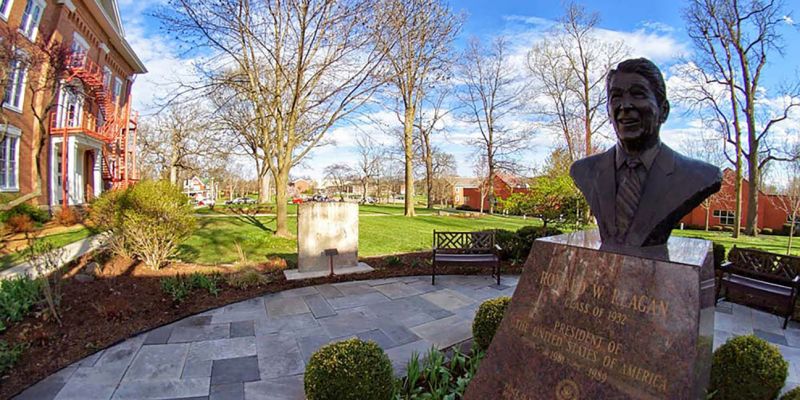 The event, which will take place Wednesday, Feb. 6, will be held at the Donald B. Cerf Center on the campus of Eureka College, beginning with cocktails at 5:45 p.m. followed by dinner at 6:30.

Wilber is the author of two books, including the bestsellingRawhide Down: The Near Assassination of Ronald Reagan (2011) and A Good Month for Murder: The Inside Story of A Homicide Squad (2016). A reporter with over decades of experience, he’s previously worked for the The Baltimore Sun, The Wall Street Journal, The Washington Post and Bloomberg News, covering a wide variety of beats, including crime, aviation, the federal courts, the Justice Department and politics.

He’s most recently focused on criminal justice and national security matters for the Los Angeles Times’s Washington bureau. In October, Wilber contributed to the paper’s coverage of the explosive devices that were sent to high-profile political targets such as President Barack Obama.

Tickets to the event are available to the public for $50 per person. Reservations can be made by calling 309-467-6319 or emailing reagan@eureka.edu .

Long before he was president, Ronald Reagan was a vital member of the Eureka College community and a graduate of the 1932 class. The Ronald W. Reagan Society of Eureka College is dedicated to helping President Reagan’s alma mater study, teach and share the same lessons and values President Reagan learned from Eureka College and used in his lifetime of leadership roles. Founded in 1855 by abolitionists from the Christian Church (Disciples of Christ), Eureka College is the smallest presidential alma mater in American history and an internationally known leadership and liberal arts college serving 700 students.