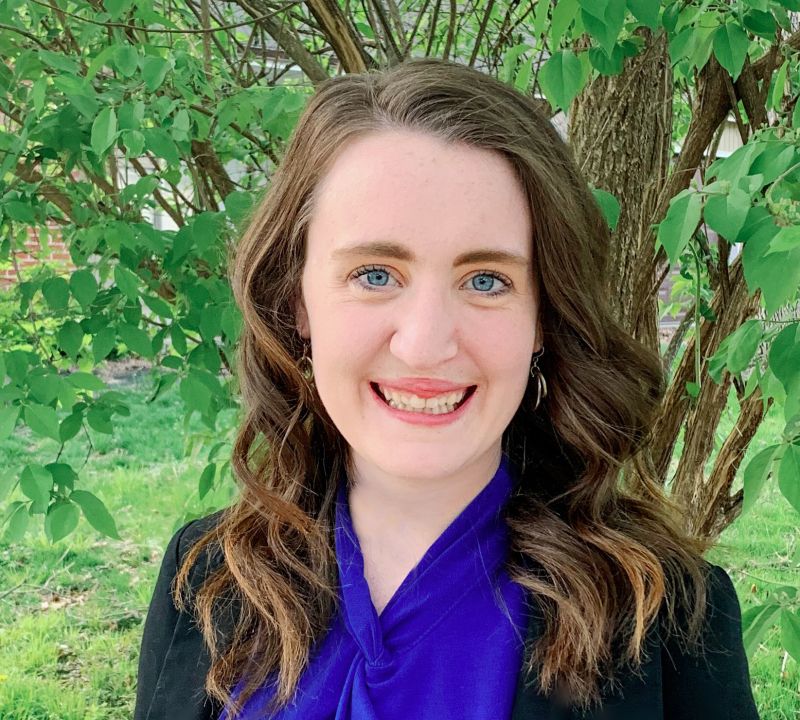 CHICAGO – The Board of Trustees of Associated Colleges of Illinois (ACI) elected Eureka College student Chloe Overstreet as the board's first student representative in ACI's 68-year history last month. Overstreet, who is from Stillman Valley, Illinois, will begin her junior year at Eureka College this fall, majoring in history and political science, and business administration.

Overstreet was elected May 15 at the ACI Board of Trustees annual meeting, held via video conference. She was nominated by the board's Trusteeship Committee, which began discussions earlier this year about adding a student representative to further diversify the board, said ACI Executive Director Mick Weltman. Currently, the board has 37 corporate members, all business leaders, plus the presidents of ACI's 27 member colleges and universities.

Overstreet is a first-generation college student, who started her college career at Eureka shortly after her father died in a work-related accident. One reason she chose Eureka is because her college recruiter reached out to Overstreet after the accident and assured her the school would help her, she says. Once at Eureka, she joined ACI's Peer Mentoring Program, aimed at helping first-generation college students through their critical first year. She began as a mentee and is now a mentor to incoming first-generation students.

'The program offered both guidance and financial relief as I was beginning college," Overstreet wrote in a letter to the board. "Access to emergency funds provided the relief that I needed to start college. It allowed me to focus less on working hours at a part-time job and focus more on my classes." As a mentor, she says she has had "an incredible opportunity" to watch classmates grow and be successful, and she has encouraged other students in the same way that her mentor encouraged her. Serving as an ACI board member would provide a student perspective and help other students access opportunities that ACI provides, Overstreet added.

"Chloe is amazing, amazing student," said Dr. Jamel SC Wright, Eureka College president and ACI president. "She came in as a first-generation student and immediately engaged with the ACI program. She's very outgoing, she is collaborative and demonstrates great ethical skills. She really is the true definition and representation of the type of student that we try to support. She is the type of student who leaves our institutions and makes a great and significant difference in the world, lives a fulfilling life and is a lifelong learner."

Earlier this month, Overstreet recorded a video about her experience at Eureka College and the Peer Mentoring Program for ACI's annual fundraising event, a virtual event this year because of the COVID-19 pandemic. Her video can be viewed at https://acifund.org/2020-aci-virtual-benefit-reception/.

Associated Colleges of Illinois (ACI) is a collaboration of 27 private, independent colleges and universities, representing nearly 71,000 students. Established in 1952, ACI supports member colleges and universities by advancing independent liberal arts and sciences education, and helping underserved students succeed in college, careers and life. The organization raises funds for scholarships, peer mentoring and emergency financial aid, and it provides member services such as professional development conferences and college-to-career seminars and events.

Originally founded by abolitionist members of the Christian Church (Disciples of Christ), Eureka College holds the unique distinction of being the first college in Illinois and only the third in the nation to admit men and women on an equal basis. The College, which is located on nearly 70 wooded acres in central Illinois is the smallest of only 23 colleges and universities to ever award a bachelor’s degree to a future President of the United States.