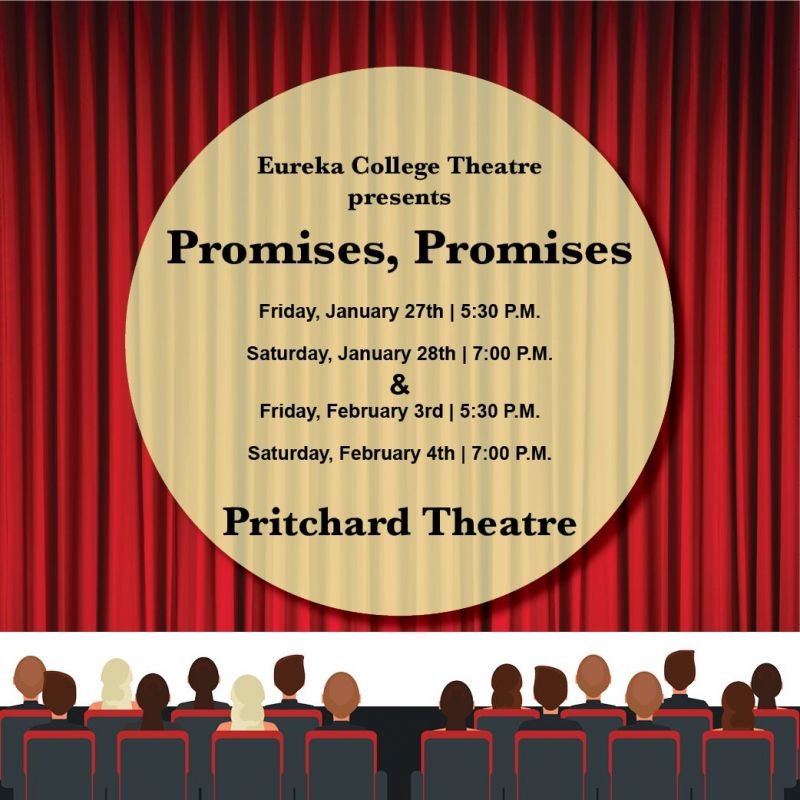 EUREKA – Eureka College Fine and Performing Arts will be presenting the Tony Award-winning musical “Promises, Promises” on Jan. 27-28 and Feb. 3-4.

It will be Eureka College’s traditional fall musical – in the winter.

“Promises, Promises” features Grammy Award-winning music written by Burt Bacharach and Hal David and it is the winner of several Tony and Drama Desk awards.

Various polls rank “The Apartment” as the 14th-greatest movie ever made. It also ranks highly in polls for greatest romantic movie, greatest comedy, and greatest screenplay. The Apartment is considered the first romantic-comedy-drama for its realistic portrayal of life and relationships.

Eureka’s production will meld the best aspects of “Promises, Promises” with the genius of “The Apartment.” Although “Promises” is a musical comedy, it also involves emotional and mental health themes that may be sensitive issues for some audience members.

Seating will be limited, so to secure tickets, fill out the online form at form.jotform.com/230086492251150. Tickets are free, but donations are always appreciated.