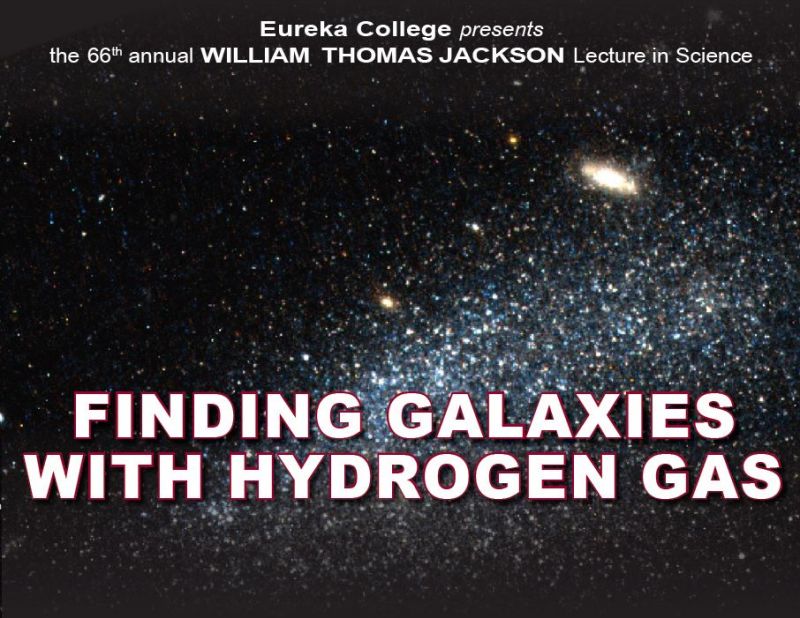 The event, which was established to honor the late EC alumnus and longtime chemistry professor, will take place in Becker Auditorium of the Donald B. Cerf Center at 7 p.m. on March 19.

Dr. Haurberg’s presentation is titled “Finding Galaxies with Hydrogen Gas,” and will feature an exploration into her research on dwarf galaxies in the local Universe. Dr. Haurberg works with the SHEILD project to determine the chemical abundances of star-forming regions in these galaxies.

Dr. Haurberg is the Associate Professor of Physics at Knox College in Galesburg, Illinois, and a noted scholar of astrophysics.

After graduating from Knox in 2006 with a bachelor’s in physics and a minor in comparative politics, Hauerberg attended Indiana University for graduate school, receiving her master’s in astronomy in 2008 and Ph.D in astronomy and physics in 2013. Her dissertation project was titled “Chemical Abundances and Star-formation Histories of Low-Mass Dwarf Galaxies.”

The Jackson Day Lecture is free to attend and open to the public.

If you would like to interview or meet Dr. Haurberg while she is on campus, please contact Dr. Angela Peverly at aperverly@eureka.edu/.