“Together We Win” Still Rings True at Eureka College 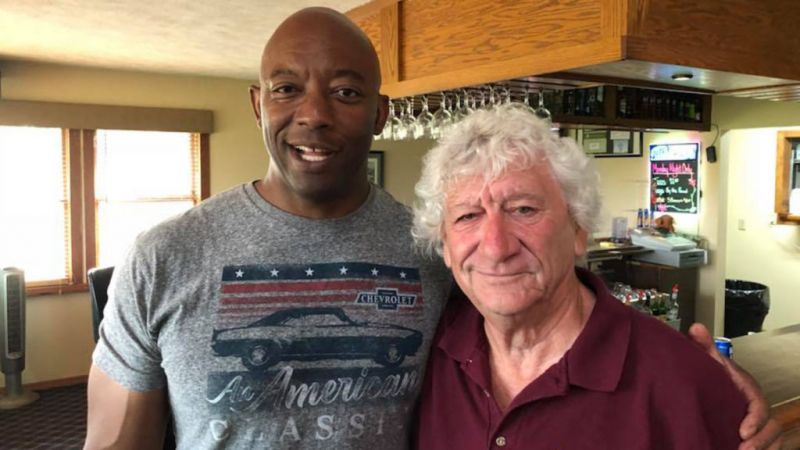 “Together We Win” is a mantra Eureka College Hall of Fame men’s basketball head coach Dave Darnall holds near and dear to his heart. Three simple words were the identity of his coaching style for 23 seasons between Momence High School and EC. Now, nearly a quarter century since his retirement, “Together We Win” remains a major part of his life.

Darnall and nearly 100 of his closest friends celebrated their annual “Together We Win” weekend at his rural Woodford County home earlier this month. What started as a tiny reunion eight years ago with players, coaches and administrative assistants from his 1993-94 national championship team has evolved into a major annual event that celebrates multiple generations of Eureka College basketball, fans and support staff.

The celebration includes a Friday fish fry, followed by a golf outing and dinner on Saturday at Fair Lakes Golf Club in Secor.

“It’s safe to say the thing has grown over the years,” Darnall said. “The Friday night fish fry had right around 75 people. It’s the largest we’ve had.

“It’s a great time – I enjoy it,” Darnall added. “I think the most important thing is people coming and having a good time. You never know the amount of people that are coming until right at the end. As long as people are coming, I’ll continue having it.”