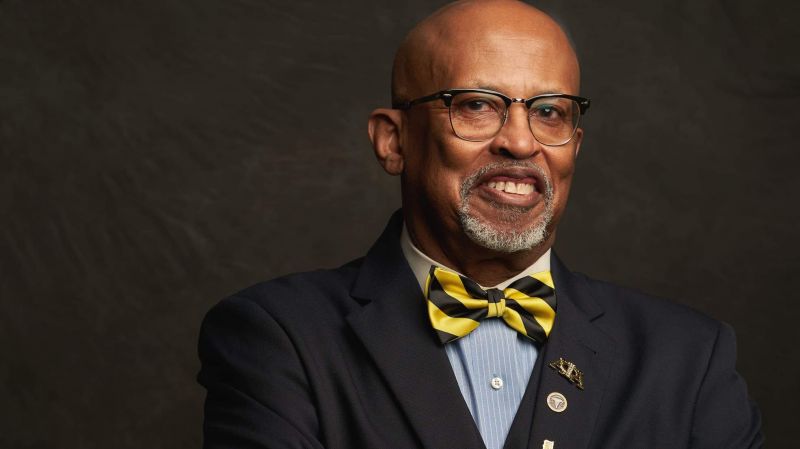 EUREKA — Eureka College is pleased to announce that Dr. Ernest Jackson — the first and only board certified African-American forensic odontologist — will be the keynote speaker at EC’s Dr. Martin Luther King, Jr. program on Tuesday, Jan. 21.

The program, “Living the Dream in the 21st Century and Beyond,” which is presented by the Eureka College Inclusive Excellence Committee, will take place inside Becker Auditorium of the Donald B. Cerf Center at 6 p.m. It will follow Eureka College’s Day of Service on Martin Luther King Jr. Day on Monday, Jan. 20.

Born and raised in East St .Louis, Ill., Jackson graduated in 1988 from the School of Dental Medicine at Southern Illinois University and also holds a master’s degree in criminal justice from Lincoln University in Jefferson City, Mo. He also received dual bachelor degrees in biology and medical technology from Xavier University of Louisiana in 1975.

Over the years, Dr. Jackson has used his dental expertise to provide service to many U.S. law enforcement agencies, including the Federal Bureau of Investigation and has also worked as a special consultant for the U.S. Department of Justice, Attorney General's Office as a forensic odontology consultant.

In addition, Dr. Jackson has worked for the Air Force Office of Special Investigation, the Armed Forces Institute of Pathology, and as the Washington, D.C., Forensic Dentistry Consultant. He was the assistant chief of forensic odontology in Operation Desert Shield and Desert Storm, and the U.S. Air Force has given Dr. Jackson the title of Distinguished Medical Consultant in Forensic Odontology.  He served in the United State Air Force for 25 years and retired with the rank of Lieutenant Colonel.

An expert at determining the identity of disaster or crime victims based on dental records, Dr. Jackson, along with a forensic anthropologist, identified over 300 cadavers that had washed out of a cemetery following the 1993 flood of the Missouri River.

The event is open to the public and free to attend. For more information on Eureka College’s Day of Celebration in Honor of Reverend Dr. Martin Luther King, Jr., please contact Chaplain Bruce Fowlkes at bfowlkes@eureka.edu or 309-467-6420.

The day before the program will be Eureka College’s Day of Service, which will feature a breakfast and a variety of hands-on service projects in the Terrill Rooms of the Cerf Center.

The breakfast is set for 8:45 a.m. and requires an RSVP online at www.eureka.edu/mlkserviceproject by Jan. 13. The campus-wide service project will begin at 9:30, and is open to students, staff, faculty and the public.

Individual residents, community organizations, churches, and businesses are invited to join Eureka College in the cause. Questions may be directed to please contact Chaplain Bruce Fowlkes at bfowlkes@eureka.edu or 309-467-6420,