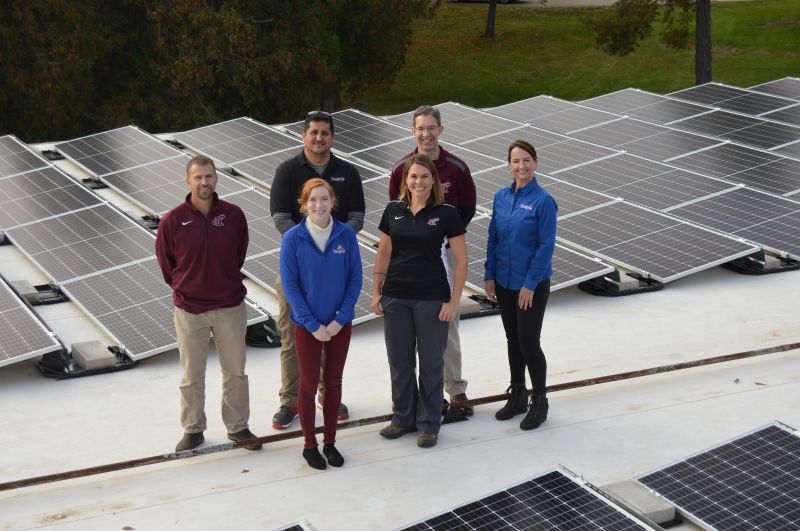 EUREKA – Earlier this semester, Eureka College completed its first-ever solar project when 415 solar panels were mounted on top of the roof of the Cerf Center.

In early November, EC welcomed members of the StraightUp Solar team who helped the College transition to clean energy for a special lab and lecture for Dr. Katy Everett’s Intro to Environmental Science and Policy class.

Usually, Everett’s EVS151 class takes a field trip to a solar-powered home and has representatives from StraightUp Solar provide a tour and presentation, but due to the recently completed Cerf Center project, the StraightUp Solar came to them this year.

The students were then split into two groups. One was brought on top of the roof to view the solar array layout and learn about how the interconnections of the panels work, and the other was shown the electrical room and learned about how the DC power from the solar panels is converted to AC power through the two smart invertors used in the electrical distribution system, and how that relates to the power used from the grid.

“To have students from freshman to seniors, all different majors, in my class to be able to climb up on the roof of a campus building with campus leadership and staff, and solar personnel telling us how the panels work, and getting to see them from above,” Everett said, “that was unique.

“That’s the kind of experiential learning that I like my students to have an opportunity to get at Eureka.” 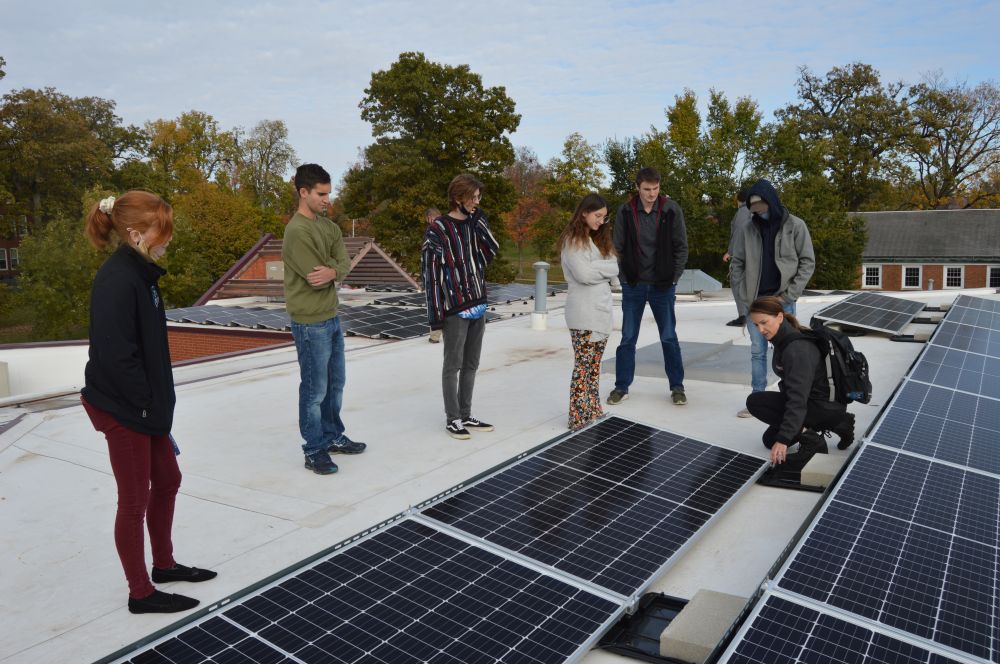 Eureka College Director of Facilities Jeremy Mischler says that the goal of the Cerf Center solar project is for solar to provide 65 percent of the energy needs of the Cerf Center. The College is monitoring the solar production from the Solar Edge portal, and monitoring energy usage from the grid through the Ameren energy analyzer, which is connected to the College’s utility meter.

The 155,000-watt, $315,000 system should pay for itself in 6 1/2-8 years, depending on production. After that, the College will be harvesting free energy and continuing to save on utility bills. The lifespan of the panels are typically 25-30 years or longer.

In the first full month of operation, the College realized a 55 percent reduction in the Cerf Center electric utility bill and it expects it to noticeably improve during the sunnier parts of the year.

"StraightUp Solar is grateful for the opportunity to assist the College with its energy and sustainability goals, and is committed to being a long-term partner to ensure the system operates as designed."

The project has been multiple years in the making. The story started when the College was first approved for a roof replacement of the Cerf Center and began exploring options.

The seed of the solar power idea was first planted by Francis, who had conducted her Environmental Studies capstone project on bringing solar energy to Eureka College and had left hanging a poster of her proposal in Sanders Hall. Her proposal garnered the attention of Mischler, who was interested in utilizing the open space of the Cerf Center roof for solar power sustainability and utility cost savings.

The College got multiple quotes for the project but ultimately chose StraightUp Solar, the certified Benefit Corporation (B Corp) where Francis went on to work. From the initial study to getting the panels installed, to taking students on the roof to showcase the finished product, Francis was a part of the project every step of the way.

"Seeing this project come together filled me with joy and pride in my alma mater,” Francis said. “Eureka College is where I first became interested in solar, in my EVS151 class, and my education at Eureka served me well in preparing me for working in the solar industry.

"It's a wonderful feeling, seeing the hard work on my capstone project turn into a real benefit for the College and its students."

To Everett, the project has been an extraordinary collaboration between College administration, staff, faculty and students. Francis’ initiative as a student is now an inspiration for current students who are interested in studying the benefits and exploring the possibilities of adding solar installations to other buildings on campus.

“I think the fact that we were able to move that quickly, that it was something that made sense for the College financially and also environmentally, and that we used a company that is a certified B Corp that really takes into account the well-being of the people that they work with in their communities, to me, was really a key for promoting campus sustainability,” Everett said.

"Not only will this solar array have real financial benefits for the College,” Francis added, “but it will set Eureka College apart as a leader among higher education institutions when it comes to campus sustainability." 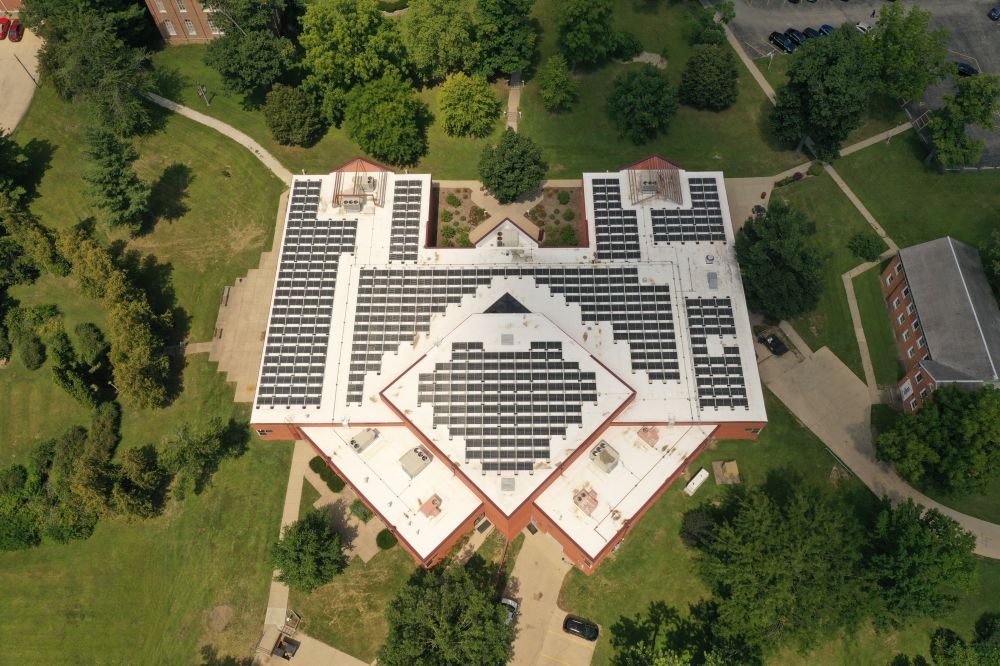