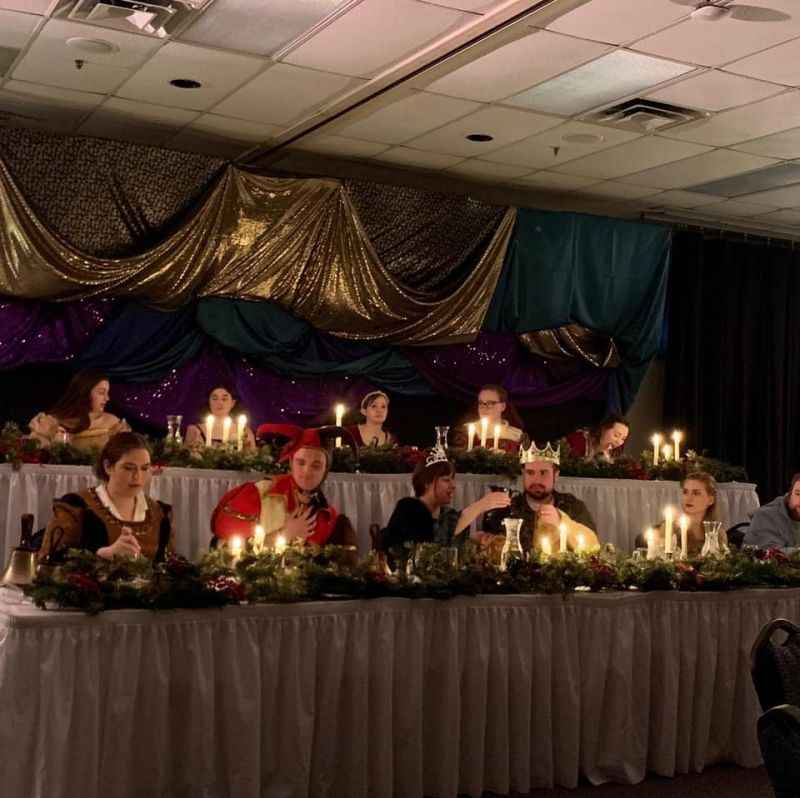 Eureka College announces fall musical performances, including the return of the Renaissance Dinners and the brand-new Jazz Ensemble.  The performances are open to the general public.

On Friday, November 11, 7:00 p.m. in Becker Auditorium, Eureka’s new Jazz Ensemble will give its debut performance alongside the instrumental Chamber Ensemble. The Jazz Ensemble, directed by Guitar Instructor Michael W. Hull, will play music by Thelonious Monk, John Coltrane, and others. The Chamber Ensemble’s program will include Irish hornpipes, Baroque works by Isabella Leonarda and J. S. Bach, and more.

Join the Eureka College Chamber Singers in ringing in the holiday season with the return of our Renaissance Christmas Dinners, which will be hosted on December 2 & 3. Guests will gather in Moser Lobby of the Cerf Center beginning at 6:00 p.m. and seating will begin at 6:30 p.m. The evening will include Christmas carols, English madrigals, humorous theatrics, festive decor, and a hearty meal.

Ticket prices are $25 for adults and $12 for children and students (non-Eureka College). The ticket price includes dinner, dessert, and performance. Reservations and payment must be made by November 28.

Eureka College holds the unique distinction of being the first college in Illinois and only the third in the nation to admit men and women on an equal basis. The College, originally founded by abolitionist members of Christian Church (Disciples of Christ), is the smallest of only 24 colleges and universities to ever award a bachelor’s degree to a future President of the United States.